Evil, you say? Disney?? Anyone who doubts Disney is evil clearly doesn't have a little kid.

Anyone in this country - the world, really - with a child knows what I mean. The slick print ads that leave small children pleading for the DVDs so innocently pictured next to a doe-eyed mermaid or fairy or, well, doe (yours on Blu-ray for the low, low price of $14.99)... the brightly-colored, music-filled TV commercials that lure kids into the movies (for $20, you can take your kid to Bambi, or Snow White or The Princess and the Frog - then spend the next week trying to reassure your angst-ridden youngster that the bad guy was "just pretend")... and oh yes, the stores. Those most foul stores with those poofy princess dresses and light-up shoes and flowery bouquets AND SPARKLING TIARAS... where no one gets out of the mall for under $75. I always figured that parents of little girls had it the worst, but one day I turned away from the persistent cajoling of my pre-schooler just long enough to realize that the parents of little boys were having the exact same arguments in front of the Buzz Lightyear costumes... and the 'tween-age girls milling around the Hannah Montana and Jonas Brothers videos... well, that was just too scary to contemplate.

But despite it all, I still believe in giving credit where credit is due. And Disney is due a little credit in my book today, so here goes.

I was walking around a botanical gardens in southern California today when I read some of the promotional material about the grounds... and apparently all the Koi in the pond came from Disneyland. Disney, the brochure explained, was renovating its theme park in the next county over, and the new plans did not call for any decorative fish. But rather than toss the Koi out with the Koi water (which undoubtedly would have been faster and cheaper), it donated all 250 Koi to the botanical gardens.

So, without expressing any opinion on its initial decision to have a koi pond, or any of its other business practices (marketing to children arguably being only the tip of an iceberg), thank you, Disney, for doing the right thing at least 250 times.
Posted by A at 8:31 PM 4 comments:

Animal law out of the cage

It's official. After many years floundering in the back of the classroom and the hallways of numerous top tier law firms across Australia, animal law has arrived. Katrina Sharman, corporate counsel at Voiceless, the Fund for Animals writes in The New Lawyer.
Posted by A at 3:42 PM No comments:

Seriously? Michael Vick gets a promotion

This is just too annoying to even try to think of something interesting to write. The convicted-dog-fighter-turned-NFL-player-again is now going to be on the Philly's starting line-up. Ugh.
Posted by A at 12:50 PM No comments:

Nice little interview with Zoocheck founder Rob Laidlaw about "the coming of age of the animal rights movement." Nothing unusual there...

...although the interview appears in The Hindu, a nationwide Indian newspaper. (So yes, imho, it does seem that the animal rights movement is coming of age!)

(One other note: the title of the article is a little misleading. You have to scroll waaaay down before you get to where the author talks with Laidlaw about his views on the need for a separate police force and court system for animal issues.)
Posted by A at 9:50 PM No comments:

Not exactly animal law... but The Los Angeles Times blog ("all things animal in Southern California and beyond") has lots of activities in the coming weeks if you happen to be in the area.

From adoption events to National Elephant Appreciation Day, to find out more click on L.A. Unleashed!
Posted by A at 9:24 PM No comments:

DENVER - A Denver man has filed a lawsuit against several contractors after his dog was electrocuted while the two of them walked through a parking lot in west Denver.


PS: In case the plaintiff's attorney, Jennifer Edwards, happens to be reading this blog... I had a very similar suit against the Chicago Park District a few years ago. Feel free to call me if you want to chat.

The European Parliament voted to adopt a new law on the use animals in research, saying it would reduce the number of animals used in experiments in laboratories in the EU from the current total of 12 million per year.

Read more in the BBC News or the Science Business blog... 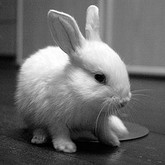 Animal welfare groups are accusing Britain's Prince Harry of animal cruelty after he continued to play in a polo game after his horse was allegedly wounded by spikes on the royal's riding spurs. 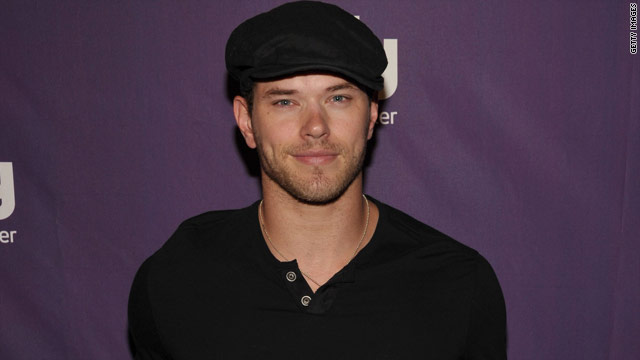 Kellan Lutz, who plays vampire Emmett Cullen in the hit film series, was so upset after seeing disturbing YouTube video footage of a giggling Bosnian girl throwing six helpless puppies into a river that he took to Twitter yesterday to express his anger.

Read more on CNN's entertainment blog...
Posted by A at 7:36 PM No comments:

This one's in North Carolina's Star News. Way to go and good luck, Calley!
Posted by A at 9:22 PM No comments:

Don't forget all the other stuff...

The salmonella egg scare has brought a great deal of attention (deservedly so...) to factory farming and the unabashedly cruel conditions that billions of hens are forced to endure for the entire span of their all-too-short lives. Yes, most people view it as a food safety issue (which it undoubtedly is). The scale of the recalls (more than half a billion eggs) has also opened the door for many to ponder and debate the ethical issues that only a mess this size can force people to address. All of which is a good thing.

rtant an issue as it is, however, I worry that it is overshadowing a lot of other also-disturbing battles on other fronts. Case in point: several hundred chimps that had finally been retired from research about 10 ten years ago are now potentially facing transport to a Texas lab for renewed experimentation. How unabashedly cruel.

Michael Haederle writes more in the Los Angeles Times.
Posted by A at 8:50 AM No comments:

No sooner does former The Price is Right host - and longtime animal advocate - Bob Parker chastise Costco for selling veal than the mega-chain stops selling it! In fact, Costco has gone one step further, openly deriding their former supplier. Sarah Skidmore reports for the Associated Press.
Posted by A at 8:23 PM No comments: