Here's the a sampling of the latest puppy mill investigations in...

Washington, where a woman faces 10 counts of cruelty in connection with failing to care for about 370 dogs and dumping the carcasses of others in a pit on her property...

Pennsylvania, where HSUS, the Pennsylvania Department of Agriculture and now the Maryland SPCA rescued about 200 dogs from what was described as "horrific" conditions last week...

... as well as a disappointing ruling in the trial of an alleged puppy miller in Texas.
Posted by A at 10:33 AM 2 comments:

Again, not exactly animal law... but thought this would likely be of interest to readers: 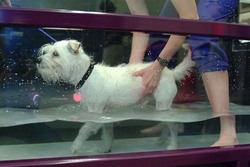 The nation's first Internet radio show about disabled and chronically ill dogs and cats was launched today. "Special Pets, Special Needs" is a 30-minute podcast available for free on iTunes. It shines the light on the many unique challenges faced by pets who are geriatric, recovering from injury or surgery, or suffering from chronic or debilitating illnesses or conditions, such as arthritis, hip dysplasia, cancer, obesity, and degenerative myelopathy.

A trio of farming-related stories caught my eye this morning, thanks to Doug Powell at Kansas State:

In California, a bill pending in Sacramento would require out-of-state egg producers to comply with the same standards recently imposed upon local producers by the new Prevention of Farm Animal Cruelty Act. The law doesn't take effect til 2015, but it's already causing great concern among egg farmers, some of whom are apparently rumored to be trying to produce hens with shorter wingspans in order to thwart the pending mandatory increase in cage sizes. 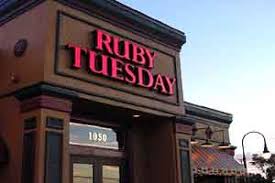 PETA reports that restaurant chain Ruby Tuesday announced it will give preference to suppliers who use or switch to a more humane slaughter method called "controlled-atmosphere killing" for birds, gestation crates for sows as well as producers who supply cage-free eggs.

And finally... what do you get when you cross a global economic downturn with die-hard eating habits? Well, apparently you get the mini-cow. These animals reportedly are about half the size of a regular breed of cow, and some can eat about a third as much while producing two-thirds as much milk. They are increasingly common among farmers in Canada. In the U.S., they are apparently increasingly common as pets, particularly among women. Go figure.
Posted by A at 5:45 AM No comments:

One of Australia's leading animal law attorneys - and friend - Katrina Sharman takes a look at the latest chicken advertising campaign down-under in this New Lawyer editorial...
Posted by A at 7:55 AM No comments:

KANSAS CITY, Mo. – Matt J. Whitworth, Acting United States Attorney for the Western District of Missouri, announced that a Nevada company and its owners pleaded guilty in federal court Tuesday to distributing a tainted ingredient used to make pet food, which resulted in a nationwide recall of pet food and the death and serious illness of countless pets across the United States in 2007.

Read the rest of the DOJ press release...

Although worlds apart, the way fish learn could be closer to humans' way of thinking than previously believed, suggests a new research study.

A common species of fish which is found across Europe including the UK, called the nine-spined stickleback, could be the first animal shown to exhibit an important human social learning strategy. The sticklebacks can compare the behaviour of other sticklebacks with their own experience and make choices that lead to better food supplies, according to the study by St Andrews and Durham universities.

The researchers suggest these fish might have an unusually sophisticated social learning capability not yet found in other animals, called a 'hill-climbing' strategy.

Here's the rest of the Durham University press release....

With a June 19 deadline looming for all animal shelters to use lethal injections to put down animals, Tucumcari is striving to find ways to meet that state requirement.

The city of Tucumcari currently uses a carbon monoxide gas chamber to put down dogs and cats in its pound.

By Friday that process has to be halted or changed, according to the new law.

I’m excited about a major development that could spare many, many thousands of animals from being used in agonizing toxicity testing.

In 2007, the U.S. National Research Council (NRC) released a report entitled “Toxicity Testing in the 21st Century: A Vision and A Strategy.” This Report proposes a new paradigm for toxicity testing, one that moves away from using live animals and replaces them with alternatives, such as cell cultures, tissues cultures, computer models and other methods.

Read the rest of Joyce's editorial and the symposium scheduled for June 29-30 at the University of Ottawa by clicking here...
Posted by A at 7:41 AM 1 comment:

Apparently the Swiss government is looking into the possibility of requiring local goverments to appoint an attorney enforce a recent animal rights law. Read (a little bit) more in this WRS Worldradio article.
Posted by A at 10:14 AM No comments:

Congrats to Brad Gallant, the new VP of the Connecticut Bar Association. In addition to his various achievements, the press release from his law firm also indicates that Mr. Gallant is a member of the CBA's animal law committee. Yeah!
Posted by A at 10:11 AM No comments:

It’s happening in cities across the country, and it usually begins with a dog attacking someone. If the dog is, say, a Labrador retriever or a springer spaniel, chances are people will hear little, if anything about it. If the dog is suspected to be a “pit bull”— even if it’s not—the media can’t get enough of the story.

Check out the Best Friends website for more on how so-called "breed bans" not only don't work, they are costing you - the taxpayer - a lot of money.
Posted by A at 7:42 AM No comments:

And here's what happens when...

... you can't hold vets accountable for their conduct in any meaningful way.

Read on for the News-Press story of Slim the Bulldog and the Old 41 Emergency Veterinary Clinic of Bonita Springs, Florida.
Posted by A at 10:08 AM No comments:

Vermont court says no to emotional compensation for pet loss

Plants 'can recognise themselves'