The Prairie State today became the sixth state in the nation to approve civil unions for same-sex couples. Again, no direct impact for animal law here, but I think it's a good sign when states recognize an expanding circle of rights as a general matter.

Read more about today's events in Illinois in the Chicago Tribune.

On a related note, a bill that would legalize civil unions for same-sex couples passed the Hawaiian Senate this past Friday. It's very similar to a bill that made its way through the Hawaiian legislature last year, only to be vetoed by the then-Republican governor. This time around, Hawaii's governor is a Democrat...

Read more about that pending measure in LGBTQNation.
Posted by A at 9:36 PM No comments:

In West Hollywood, critters are king.

Stores are forbidden to sell dogs and cats, there's a ban on de-clawing felines and a city ordinance states that animals are not "owned" — they are cared for by guardians.

On Saturday, residents rallied around yet another animal-friendly campaign, this one directed at local apparel shops.

The inescapable conclusion of justice for all?...

An unexpectedly compassionate Supreme Court decision yesterday - not only unanimous but authored by Justice Antonin Scalia no less - in an unlawful retaliation case.

This time however, SCOTUS found:

“We conclude that Thompson falls within the zone of interests protected by Title VII,” Scalia wrote. “Thompson was an employee of NAS, and the purpose of Title VII is to protect employees from their employers’ unlawful actions. Moreover, accepting the facts as alleged, Thompson is not an accidental victim of the retaliation—collateral damage, so to speak, of the employer’s unlawful act. To the contrary, injuring him was the employer’s intended means of harming Regalado. Hurting him was the unlawful act by which the employer punished her. In those circumstances, we think Thompson well within the zone of interests sought to be protected by Title VII.”

You can read the opinion here.

Now this doesn't have anything to do with animals... directly... but...

Open season on cats... and lawmakers... in Utah!

Now, I realize that on a continuum of conservative thought, Utah ranks somewhere between "extremely" and "unabashedly", but conservative just doesn't have to mean backward and cruel.

So what exactly was Rep. Curt Oda thinking last week when he proposed a bill that it would make it legal for ordinary citizens to kill feral animals - including cats - by shooting... not to mention clubbing and even decapitating?

There's no mention of how one is supposed to tell whether that canine in your driveway is really wild or just your next door neighbor's lab off-leash. Details!

Of course, the measure does say the killing has to be done "humanely". Now maybe the good legislator thought that would make it ok, but he (thankfully) appears to be in the minority, if not alone, in that thought. It's triggered a rash of rather critical commentary from all corners of the blogosphere... and even a few threats that seem to suggest giving Rep. Oda a taste of his own medicine.

The Utah legislature is back in session tomorrow. Let's hope the rest of the lawmakers have a little more sense.
Posted by A at 9:26 PM 1 comment:

It started off with dead birds in Arkansas and then fish in Maryland. Now, the latest mass animal death incident involves 200 cows who were found dead in a Wisconsin pasture.

What's going on? The Cleveland Leader reports.
Posted by A at 10:17 PM No comments:

Mississippi inching toward the 21st century...

Mississippi is one of the few remaining states where animal cruelty is still a misdemeanor. The Desoto Times Tribune is reporting that that state's legislature is going to take up a bill to make at least some crimes a felony.... read more here...

A couple of colleagues in the news today... Read more about the clinic in the The Oregonian...

And a nice article as well in the Seattle Weekly about one of Adam Karp's latest cases, this one involving a police officer who shot someone else's dog after the victim dog, a lab mix named Slyder, apparently sniffed the police dog's butt.

is, as always, seeking emotional distress damages in addition to the value of the dog. You go get 'em, Adam - and keep us posted!
Posted by A at 9:57 PM No comments:

Nice article in the Baltimore Sun last week... and a shout-out to colleague Jack Bartels for forwarding it...

Horse meat back on the table 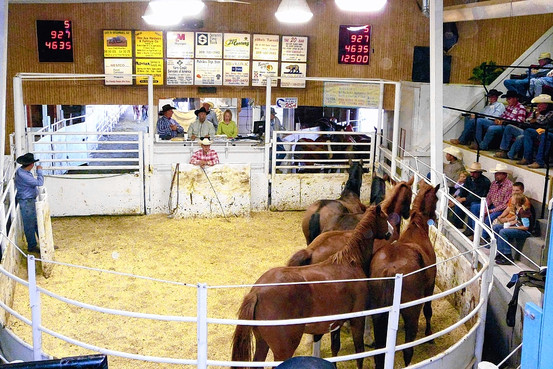 The whole unpleasant question about using slaughtering plants as a means to deal with "unwanted" horses is rearing its ugly head again. (Yup. Also intended.)

The Wall Street Journal ran a big article yesterday. This time, not only are ranchers tried to bring the slaughterhouses back - a growing number of animal welfare groups are apparently buying into the idea. They are finally confronting the fact that closing plants in the U.S. did not actually stop the problem, it just shifted the problem to Mexico, where the doomed creatures are subjected to an even a less humane fate.

What I don't get here is why are these "welfare" groups first thinking about this now? It's not like this argument wasn't debated endlessly when the Cavel plant in Illinois, and the plants in Texas (sorry, the names escape me) were closed a few years back.

And what's wrong with some of the alternatives? I personally like the suggestion that anyone who wants to buy a horse should pre-pay for euthanasia. If you can't afford it, well, then you probably shouldn't be buying a horse in the first place. I don't see why a vet couldn't hold the money in escrow, much like a lawyer holds money in trust for clients. If the vet eventually performs the euthanasia, it becomes an earned fee. If the client changes vets, the old vet just transfers the funds to the new vet's trust account. And if the horse passes on its own, the money would just be returned.

It's concerning that the very groups who should be gearing back up to fight this second (or more?) wave are rationalizing a way to capitulate. And my guess is that these slaughter advocates will find a very sympathetic ear with the new, uber-pro-business Republicans in Congress. (Not to veer off on too much of a political rant, but have you been reading about these folks??? Their zeal to repeal the new health care law has apparently not been dimmed by either the GAO's warnings that such a move would cost 230 billion dollars, or even the fact that some of them didn't see the need to get sworn-in before seizing power. Yeesh...)

(And if you have a chance to read the WSJ article, don't miss the part where it talks about Wyoming's law allowing prisons to serve horse meat to inmates, uninspected no less! Don't even get me started!!)

At any rate, on a more positive note, a new Canadian poll suggests that politicians' stances on farm animal welfare would affect their vote. (And another shout-out to Doug Powell at Kansas State for finding this story.) Way to go Canadian voters, eh?
Posted by A at 9:54 AM No comments:

A.J. Bos gets its unwieldy facility and the homeowners just barely squeaked by without getting "SLAPPed" with the dairy's legal fees.