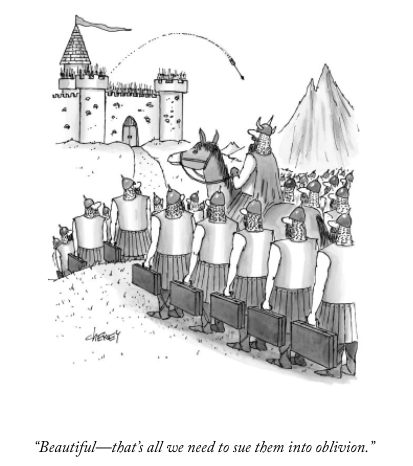 Apologies (yet again) for how little I post on this blog anymore.  This start-a-museum thing has really become quite the project!

Anywho, as I've said before (and anyone reading this blog likely agrees with as well), an improvement in any oppressed group's rights tends to be good for other groups and the progress of society in general.  On that front, there were a couple of great developments in gay rights that are definitely worth mentioning.

Last week, the Justice Department announced that it will require all of its employees nationwide to truly give equal protection under the law to all lawful same-sex marriages - from the right to alimony in a divorce, to visiting a spouse in prison, the right not to have to testify against a spouse in court, etc.. All of it!

Just a few days earlier, Scotland's parliament passed a bill to allow same-sex marriages. The bill is similar to the one that the British parliament recently passed.  The first same-sex marriages in the U.K. are set to take place at the end of March.
Posted by A at 9:11 AM No comments:

A council has become the first in the UK to pass a motion banning the sale of controversial delicacy foie gras in its city.

After a meeting in York, councillors voted in favour of a motion put forward by local Labour councillor Paul Blanchard, who suggested earlier this year that the members should oppose, in principle, the sale of the food anywhere in the city.


Read the rest of the article in the U.K.'s Mail Online...

Yay!  Thanks to author and activist Mark Hawthorne for the heads-up on this one!
Posted by A at 8:55 AM No comments:

Great news! The Farm Bill Conference Committee just released its conference report containing the final version of the U.S. Farm Bill. We can thankfully relay that the dreaded King Amendment is nowhere to be found in any of the 949 pages that will be sent to the full House and Senate for a final vote.

Blood in the Sand: Killing a Turtle Advocate

Another thoughtful but extremely concerning article... this time from Outside Magazine... and about the illegal trade in sea turtle eggs. (Why can't we just leave everyone and everything alone?)  Again, courtesy of blog reader Bruce.
Posted by A at 9:58 AM No comments:

The illegal horn trade; it's not just for elephants anymore...

Sad but timely article on another increasingly hot illegal trade item in this Bloomberg Businessweek article...  thanks to blog reader Bruce for the heads-up on this.

Ok, a little late but better late than never, eh?
Posted by A at 6:25 PM No comments:

Phoenix bans sale of dogs and cats in pet stores!

(The "[w]oohoo" is actually from the author of the article, although I couldn't agree more.  So nice to see positive legislation moving the ball down the field, rather than having to litigate every last nasty inch.  Read the rest of the onegreenplanet article here...
Posted by A at 9:07 PM No comments:

The Most Senseless Environmental Crime of the 20th Century

Apologies for the absence from blogging.  Really just been swamped trying to start this museum. Between the meetings and the planning and the coordinating... reminds me of that scene from The Princess Bride:

Prince Humperdinck: [sincerely] Tyrone, you know how much I love watching you work, but I've got my country's 500th anniversary to plan, my wedding to arrange, my wife to murder and Guilder to frame for it; I'm swamped.


Ah well. At any rate, I was moved to post tonight after reading this Pacific Standard Magazine article... well-written but unfortunately profoundly sad. Thanks to blog reader Bruce for the forward.
Posted by A at 9:08 PM 1 comment:

IMPORTANT RULING TODAY BY THE OREGON COURT OF APPEALS: The Oregon Court of Appeals has ruled that the emergency aid exception to the search and seizure warrant requirement applies to animals. This is a case that originated in Douglas County, Oregon, and involved Grace, the little brown mare who became a worldwide celebrity for her will to survive after being horribly abused. Combined with the ruling in State v. Nix, which held that individual animals are crime victims just like people, I must say Oregon courts are definitely moving in the right direction.... The case is State v. Fessenden.
Posted by A at 10:10 AM 1 comment:

The City of West Hollywood leads the nation again!

Local merchants are outraged... yadda yadda yadda (meh, get over it!).  Read all about it in this L.A. Times article.
Posted by A at 11:16 AM No comments:

One Northern CA PD forges forward into the 20th century....

The Sacramento Bee is reporting that the Merced Police Dept. is changing its policy from literally allowing officers to take "severely injured" animals out back to be shot... to requiring them to bring in a vet to determine whether the animal should be treated or euthanized (by injection).

This is a step forward, of course.  But it's mind-blowing (at least to me) to be reading this 13 years into the 21st century already.  You can read the article for yourself here.  Thanks to Ledy VanKavage for the heads-up on this one.
Posted by A at 10:15 AM No comments: